1 For the purposes of the legislated requirements for a budget and mid-year review in the Fiscal Sustainability, Transparency, and Accountability Act, 2019, the 2020–21 current outlook represents the plan year of the Budget as well as the current fiscal year of the mid-year review.
Source: Ontario Financing Authority. 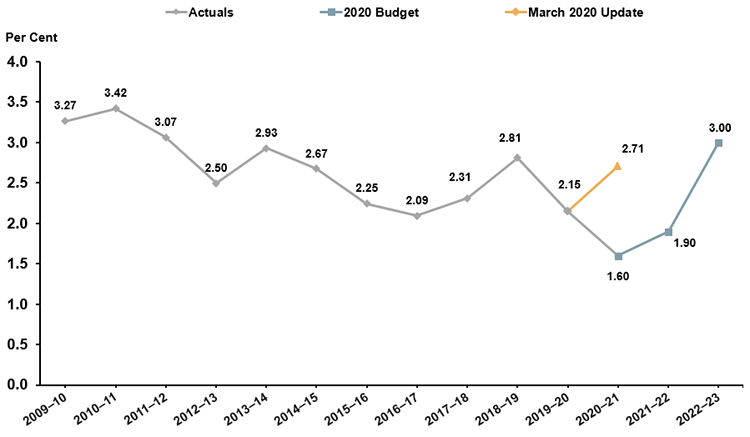 The Province's publicly-held debt consists of funds borrowed from the general public and institutional investors.

Note: Publicly-held debt includes the offsetting of $9.9 billion in Ontario bonds and treasury bills purchased and held by the Province against Canadian dollar debt. Numbers may not add due to rounding.

The Public Accounts of Ontario 2019–20 - Schedule of Debt